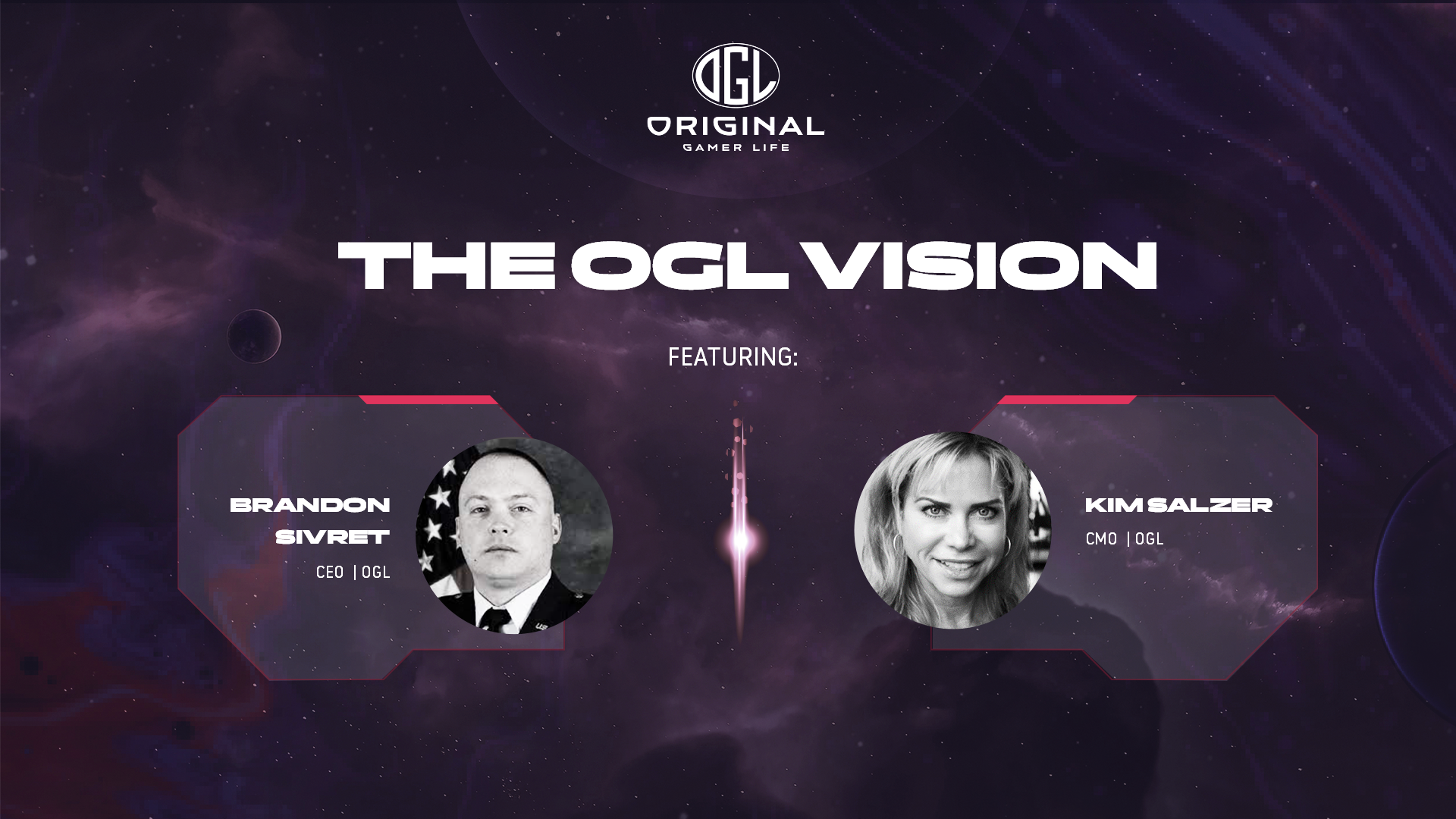 The following is a condensed transcription of key points from a recent chat that was held on December 17th on Twitch. The chat was conducted by Brandon Coates (Former Radio Personality), Brandon Sivret (OGL CEO), and Kim Salzer (OGL CMO), where they discussed Kim’s career as she traversed through the gaming industry to the current stage of Original Gamer Life.

On Managing A Community

Brandon Sivret: Kim, your thoughts on managing a community, because I know that was a big thing you worked to solve with Second Life. Are there any lessons that you can give about creating a multiverse these days?

On Thriving as a Service and Sorting Through The Noise

Brandon Sivret: Yeah, I think it’s about finding that positive enforcement, rewarding positive behavior versus trying to completely control and socially engineer the players. But it’s tough, really tough. Having run gaming communities for years, you want people to be able to play the way they want to play but at the same time, you still do have to create that level of accountability and moderation. But again, not veer into that censorship. So I think that’s the key, finding that happy spot.

Kim: Yes, communities are very passionate and they’ll tell you how they feel and what they think without even having to ask. After that, it is about how much you listen to that and filter through that but still have your business hat on and understand what’s going to create the best experience for everybody!

Brandon Sivret: So I guess that would be my next question then, kind of pulling it back to gaming overall. How do you deal with gamers who do have that level of passion and go off and are like “EA’s the devil” or “they’re ruining my series”, how do you react to that and what degree of ownership does the development team take from that when do they take a direction that doesn’t end up working out or is seen as a money grab?

Kim: Yeah, in general, the development teams are creative folks so they’re pretty sensitive to the feedback. Just working with them to decide and filter through which ones we think are important, and its objective, there’s no science around this. If there’s long-term loyal users and they’re complaining about something, we need to listen to them and we should involve them, and bring them in. Because they are our evangelists, they are the ones that are going to spread the word about the game. But if it’s just vitriol, where we’re not sure who this person is and they’re creating noise, then we try to manage that.

On The Metaverse Exploding

Brandon Coates: Did you see the metaverse becoming kind of what it is today, where you have these other companies trying to get into the space and build their own?

Kim Salzer: Yes and no, but yes primarily. I’ve said since I started at Second Life that it was way before its time. It was built on a technology that wasn’t right yet to enable it to move forward. I’m actually reading a book about all the stuff that’s happening in the world and how it’s built on the convergence of technology. Now the technology is there to make it happen, and I think what I didn’t expect, although this is happening in multiple industries and product offerings, is how quickly it was going to explode overnight … It’s exploding at a rate that we haven’t seen before. I totally expected it to come and be a real thing, but what I didn’t expect is how quickly it’s moving.

On Transitioning to OGL

Brandon Coates: Kim, we’ve been kind of going through your career, as you said you’ve been in it [the gaming industry] since the week Playstation 2 was released, what made you come over to Original Gamer Life?

Kim: What they’re doing kind of ties together most of what I’ve done in my career in gaming, it’s pretty amazing when Brandon and I talk about the whole multiverse idea. Really helping gamers thrive is important to me … Now, to be part of something that is not only expansive in the vision and the technology but also really has the mission to help their community thrive. I’m more interested in mission-driven things the older I get, so it just really tied everything together strongly for me.

Brandon Sivret: I think the stuff that we’re doing with Original Gamer Life is unique and we actually just had a meeting with one of our investors and backers, and you could hear in his voice he was getting audibly excited over the idea that we are doing something that has a positive aspect to it.

Brandon Coates: The bigger thing we are doing with Original Gamer Life is building a platform, and I’ll let you take the lead on this Brandon, but the snapshots and the footage of what is being built is really stinking exciting

Brandon Sivret: Yeah so think of the Sims online, with all the tasks that you can do to develop your character, but we’ve tied in real-world implications. And the whole idea is you are the original gamer, you are the original material for any being or representation/projection of yourself into the metaverse. So that’s where we’re really going with this thing, we want to take your view, the original gamer. You know you’re the source material even though you’re gonna have all these different iterations and expressions of yourself across multiple metaverses, hence the multiverse. No matter where you go, you always gotta take care of that OG, the original source which is yourself, which is where the play-to thrive model comes from … I’ve been a gamer my entire life and I hate play-to-win mechanisms and cash grab mechanics and stuff, so we’re taking certain steps and doing certain things to make sure that it’s fair for everybody, it’s accessible. The idea is that it’s all about health and wellness, it’s about social impact and so you’ll be experiencing a free-to-play system with play-to-earn tied to it.

Brandon Sivret: Just know that this is the real deal, this is the culmination of my being as a gamer. We’re doing absolutely everything to ensure that we are not selling snake oil here, we’re building a metaverse, building a multiverse, it’s all of the collective dreams of our entire game development team. We have developer meetings and I get on there and everybody’s just so excited to be there because they’re living out their passion and their dream of building games. And I’m really hoping that is reflected in the game and the product we put out.

Kim Salzer: There’s a lot of noise out there with metaverses in particular, and this [OGL] is the real deal. It’s a big reason why I jumped onto the mission of it, the people involved, and what they’re building. I think it’s pretty amazing and next-level stuff. So I’m excited as we move further down the road.